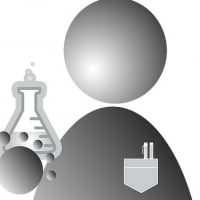 My apologies if this question posts twice, there were a few issues with activating my user profile.

We're running a series of samples where we make two injections from an "As Is" sample (u), "Spiked" sample (g), Reference Standard (r), Blank (b), and spiking solution (s). Using a spreadsheet, the average of the constituent peak area is used in a simplified standard addition equation:

A typical sample sequence would be, with all the samples using 2 injections, same method set, runtimes, injections volumes:

+ I can consistently obtain the values for "r", "b", and "s" with out any issues. The values for each set of unspiked and spiked samples is driving me crazy. I've tried inserting [Summarize Custom Fields Incrementally] followed by [Report] after row 5, after row 7, after row 9, etc...; however, the amounts just don't calculate correctly - instead, the amount is using the progressive average of the areas from the previous samples. Of course in the example with the summarize function at the end it's a real mess - the"r", "b", and "s" are correct, nothing else is but I expect that to happen as this was my starting point based on some other functions I've created.

In the project folder I have the following equations setup

+ as I said, myAvgB, myAvgR, and myAvgS calculate correctly; however, when the pair of spiked and unspiked run then things get goofy. In the above example, if I put  [Summarize Custom Fields Incrementally] followed by [Report] after row 5 then myAvgU and myAvgG calculate correctly and the myAmt value is correct; however, once u002 and g002 and subsequent samples get in the mix the calculated result for the myAvgU and myAvgG are wrong... turning into the progressive average for all of the previous injections...

Any pointers in the right direction are greatly appreciated!